After a series of sketchy conversations with the resident IT guy at work, I decided to test the unfathomable and uncharted waters of the Linux sea. I didn't want to mess with the OS currently installed on my laptop so I was cheered to find the concept of the live CD. Obviously, any OS that can run entirely off a CD will be ram friendly, which is the entire point of the exercise. Well it turns out that I am too stupid to run Linux. I just don't have the experience with all the configuration options.
Now I hear about Fedora, a more user friendly easier to use version. I try that out and am also at a loss. well WTF! This can't be that hard. It must be me or something. Now I feel like one of the dullards that keep asking me how to reply to an email and stuff like that. More later, after I dick with this some more.

It's one of those things that takes 2 minutes if you know what you are doing, 4 hours if you don't, and the people that know what they are doing have been too sick of n00bs to teach anyone since 1997.
Top 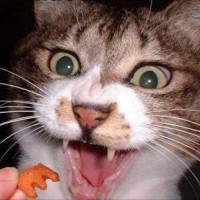 Try Ubuntu. It's much more user-friendly than the others. You should be able to easily install it with no special technical knowledge. It's designed for that. Fedora is more for businesses.
Top

I don't know why I put myself through this. I swear I do this once a year. Maybe just so I can see how smart people live. OK, I see that Ubuntu 10.10 has a netbook remix. Fine. I get the universal USB maker app and download the ISO. I run the trial part and everything works reasonably well except for the wireless. (ethernet hookup is fine). So I see there's a proprietary driver that the makers were kind enough to provide Linux support. So I grab that also. But I am too stupid to make the OS use the downloaded driver. No, I take that back. I just don't know where all the proper buttons are. There doesn't seem to be any right-clicking. Huh, it's kinda like an Apple in that respect.
Well, anyway, It's too big to have a dual boot in my 7gig SSD and having the thumb drive stick out all the time is a pain. I really don't wanna flush 7 out before I know this will work for me. I get the feeling that it's just not going to be any easy thing to maintain and work with. I was thinking of putting this on my PS3 when all the legal bullshit gets finished, Don't know if I'd really use it, though.

I need to see how my next game will look on Linux, so I installed Ubuntu (finally) on one of the many unused computers around here.

I did finally have to use the "alternate" 10.10 install that has the old ANSI-style graphics. Ubuntu 10.10 still doesn't understand KVM switches. It won't let me just TELL it what goddamn monitor I have hooked up, it wants to "detect" it. I guess I ought to look to see how you can force a monitor upon it. How you can take Ubuntu out for an expensive meal, an expensive bottle of wine and then whip out a knife in the parking lot as you're saying good by and threaten to slit its tender little throat if it doesn't make good with the right monitor.
the dark and gritty...Ice Cream Jonsey!
Top

OK I'm going for it. Formatted the entire drive and am hoping that, because it's an install and not just a live cd (stick), it will be nice to me. Hmmm, just thought about wireless network printing. Not gonna be in a homegroup anymore either. Well, we will see what we will see.


THE
JUMP OFF THE BRIDGE
AARDVARK

Addemum: I finally got it. Had to install the full desktop version because the netbook version wouldn't go. Then had to dick with the wireless issue for quite a few hours after that. but I got it. Now let's see if I like it


Edit2: File sharing is game on! and so is remote printing.
Top

So not only did I Ubuntu my laptop but am also dual-booting the desktop PC. It seems to be that stable.

One of the things that I missed with the demise of XP was the ability to use custom icons instead of boring manila folders. Well, I got that back now. It's actually quite nice to pick music from the file system instead of having to browse through a media player, which was the only way to see the album art. Once I get my zune* straightened out I might just dump 7 completely.

In somewhat related news I went from 5.1 sound back to two stereo speakers and a subwoofer. Since I did that speaker project last year I have used the surround sound exactly TWICE. Both times were Doors albums on DVD. Nothing else really gives a crap if I have 5.1. Some of the audio software actually laughs at my attempts to utilize all the speakers at my command. I guess you could call it a GIMMICK! The recording software I use gets at odds with more than two playback speakers and usually just crashes out of spite. Since I have to keep changing the audio setup back and forth all the time I figured I'd just dump the surround stuff and find a good pair of quality monitor-type speakers.

*Microsoft is adamant about not letting the zune play nice with Linux. So far I have had limited success with syncing operations. If I didn't like the gadget so much I'd go get a Sansa or something.

I recently read a favorable review regarding the netbook edition of Ubuntu, so I'm thinking about reloading my netbook with that. It hasn't been turned on in months, so as long as I can get wireless Internet working on it, I'm gold.
"Jack Flack always escapes." -Davey Osborne
Top

I've got it on a Dell 910, which is a step down from the Acer. It's one of those netbooks that you get free if you sign up for the Frontier all-in- one package (which I didn't) Should run pretty good for you.
Top

After trying to get wireless working under FreeBSD and OpenBSD on an otherwise underpowered laptop, I found myself reminiscing about the days when installing Linux felt more akin to a pitched battle where both armies could agree to a truce only if they learned the same language...

But if anyone is looking to actively hate themselves, try getting an Atheros Wireless Driver to compile, much less work, under a BSD.
Top

That's remarkably similar to the difficulties I went through all last year. The proprietary wireless driver death march.

The sad and/or intriguing difference between BSD and Linux in this case, was that I didn't even have a windows manager (much less X) open: I was just trying to get the the OS to detect the card, have the card join a network, then ping a server somewhere in Canada. Getting a GUI working was another (simpler yet still different) project altogether.

Regardless, be glad that you never have gotten the itch to install BSD or something eve more obscure (such as a BeOS clone called Haiku) running with network access on your laptop.
Top

UPDATE! Ubuntu still won't recognize proper resolutions if you use a KVM switch. There's a program called "AssMagic" or "Syzygy" or something that -at least for Windows- doesn't require a KVM switch to tab through machines. Maybe they have a Linux version. But I really don't want a third monitor on this desk just for the Linux.
the dark and gritty...Ice Cream Jonsey!
Top

Ah, Synergy. I've never personally used it, but I see it from time to time in our firewall logs at work. People download it, people install it, and then it hammers the shit out of their firewall on port 24800, which gets reported back to me.
"Jack Flack always escapes." -Davey Osborne
Top

Why not just run Linux in a VM? I know that unless your developing for it and require a non-standard number of OSes/distributions for testing it feels non-committal, but the only argument against virtualizaion at this point is that (last I heard), GPU acceleration is nearly non-existant.
Top

Re: Stupid Linux! Be more funny

AArdvark wrote:After a series of sketchy conversations with the resident IT guy at work, I decided to test the unfathomable and uncharted waters of the Linux sea.

Aardvark, this message is being typed on my new (well, I have had it since November) 64-bit computer using the 32-bit Ubuntu 10.10 Live CD running Firefox, with no configuration or changes. I burned the ISO images onto two CD-Rs, put it in the CD/DVD drive, reboot and it works okay. E-Mail me to paul@paul-robinson.us or post your mailing address here and I'll send you, free, the two CDs I burned, one of the 64-bit live CDs and one of the 32-Bit live CDs that I know both work.

So I know the 32-bit Live CD works and X Windows works fine; it even recognized my cheapo $9 Tenda usb wireless adapter which is why you're reading this. I tried the 64-bit version, it would boot but X had problems; trying to force VESA through a boot param caused X to balk and I got a console prompt. Startx causes X to balk again, so on the 64-bit it will boot and if forced it will bring up a text console and while I couldn't start X on 64, everything on 32-bit Ububtu 10.10 works flawlessly.
"You're motorin', what's your price for flight, when finding Mr. Right?"
- Night Ranger, Sister Christian
Top

Well, after six months I ditched the linux and went with Ttiny7.

No home group but still can share stuff over the network. Everything else seems to be straight win7. Only 3gig footprint.

I needed the dumbness of windows so I don't have to learn anything new.

A two year bump. I installed Puppy linux today. Wireless was a bit on the interesting side as was installing the live CD (stick) to the SSD drive. The cool part? The popups actually tell you whats going on and what options you have. It's a lot like Windows only the dialogs are written by real people who understand that there are some users who don't care where hot water and and electricity comes from as long as it's available. It's not as user friendly as Windows but way more than any other Linux install...well, Ubuntu is more user friendly but that has problems on a 512 meg footprint. Puppy is very small and almost totally loaded into RAM.
I'm gushing about it because I feel like Nick Franchesco now.

I have an alternative install of Ubuntu on this partition, but I'm too lazy to:

1. Configure one for each of the 90 or so games I have installed on this system.

2. Boot up into Windows when I have a hankerin for some SCII lovin.

3. Change my wallpaper, misc. settings, etc, etc to make Linux operable to me.

I'm also actually considering "upgrading" to Windows 8.1 at this point because of these hassles (plus I've misconfigured my Windows 7 install to the point that its near inoperable), but we'll see what happens.
Top

I bought a new laptop last month that shipped with Windows 8. I just put it on a shelf and am waiting for 8.1 to get released before I even start using it. The last I checked it was being released in October.
"Jack Flack always escapes." -Davey Osborne
Top
Post Reply
129 posts