The King of Arcades claims to document the rise, fall, and return of the self-appointed "King of Arcades," Richie Knucklez. Knucklez is known in arcade circles for operating an arcade in Florida, repairing/restoring arcade games, organizing the original Kong Off tournament, and, for a short period of time, being one of the owners of Twin Galaxies.

The first fifteen minutes of the film are spent convincing viewers that arcade games were a big deal in the 1980s. I can't imagine anyone willing to watch a 100 minute documentary about arcade games doesn't know that, and when you've seen more than a few of these documentaries it gets repetitive to hear the same beats ("and then Space Invaders came along!") over and over.

Shortly after that we're introduced to the larger than life Knucklez, the former lead singer of a band called Knuckle Sandwich. Richie recalls earning the nickname after getting into a fight with a dozen punk rockers, and then feigns a punch toward the camera in case you didn't get it.

Knucklez's other passion is arcade games, and soon we're drawn into his world. The camera follows Knucklez as he goes on a warehouse raid looking for old machines, shows him restoring a Space Invaders cabinet, and moving arcade games around. In 2006 Knucklez opens his own arcade in New Jersey, but things really take off for him after the release of The King of Kong, when Knucklez meets and joins forces with Walter Day and Billy Mitchell.

A lot of time in the film is spent showing all the people Knucklez knows. Knucklez is friends with the owner of TNT Amusements, and the camera follows the two of them walking through a warehouse full of games. There's a lot of footage of Knucklez hosting tournaments with Walter Day, Billy Mitchell, Steve Wiebe, and many of the other Twin Galaxies regulars. We follow Knucklez as he attends an event and geeks out over meeting Nolan Bushnell.

The difference between a documentary and a vanity piece is that documentaries keep the cameras rolling when things go off the rails. 2/3 the way through the film, Knucklez mentions that he's having some family problems and requests that the documentary stop filming for period of time. While the documentary never answers the question, IMDB's trivia section does: "[M]ost clips of his family were removed after his wife filed for divorce and refused to allow them in the film."

After mentioning that he had a couple of bad months of business, Knucklez is seen closing up his arcade and moving a subset of his arcade collection back home to his garage. During this time we're privy to a Knuckle Sandwich reunion. I wondered what his wife thought about all of this; it's only after reading the IMDB trivia section that I realized why she doesn't appear in the film after this point.

After the release of King of Kong, Knucklez organized the Kong Off, Donkey Kong tournament featuring the best of the best. After Knucklez's arcade closed, the Kong Off 2 was moved to the 1-Up in Denver, Colorado. The documentary contains a lot of footage of the event, and everybody is happy. In one of the last title cards we learn Knucklez has opened a new arcade in 2012. Everybody wins!

Between the end of filming in 2012 and the release of this movie in 2014, the following happened: Richie Knucklez and Jourdan Adler (owner of Denver's 1-Up arcade) partnered up to purchase Twin Galaxies. At some point in 2013, the two had a falling out. The day after the Kong Off 3 event (which I attended), Knucklez received a phone call informing him that he had been removed from Twin Galaxies. Again according to IMDB, "[t]he original ending saw Knuckelz in Walter Day's jersey, proclaiming himself to be the 'New Walter Day'." I suspect the falling out with Adler and ousting from Twin Galaxies forced that to change. Due to all the cut/restricted footage, IMDB notes "[t]his time was filled with other B-Roll shot during the making of [the film]," and it shows. There's a lot of footage here that feels like filler.

If it weren't for the charming and sympathetic Knucklez, the film would fall flat. Knucklez is just enough of a character that we want him to succeed. His eyes light up as he walks through his arcade showing off machines he owns and pointing out which were the actual machines that world records were set on. The problem is, to appreciate the highs you have to see the lows, and when the lows came along, the cameras weren't rolling.

The film ends with a music video of Richie Knucklez' band Knuckle Sandwich performing a cover of Pac-Man Fever with Billy Mitchell performing the guitar solo on a Flying-V (painted to look like an American flag) while standing in front of a series of green-screened backgrounds, and if that doesn't sum the whole thing up I don't know what does.

You and I were at the 1UP Kong Off in Denver, right?
the dark and gritty...Ice Cream Jonsey!
Top

Correct! It was the same weekend we ate the world's largest pizza! 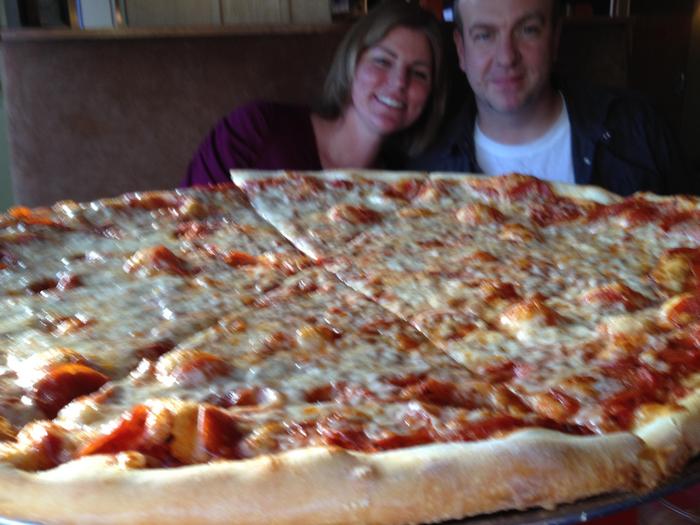