Crossroads of the Multiverse

Crossroads of the Multiverse

There are no rules, you can post anything you like here. It's more of a general chat area. You can of course use it to show off something your working on or finished as well. It doesn't necessarily have to be ACK related.
Last edited by Garth's Equipment Shop on Fri May 16, 2014 4:28 am, edited 16 times in total.
Top

Merry Christmas to You and to everyone as well.
Top

Merry Christmas and God bless everyone! My Christmas wish is for 2014 to be the year that long awaited WIPs finally see completion and inspire many new adventures throughout the year!
Top

Agreed, it would be awesome to see some WIPs reach the finish line!
Top

I just wanted to have the first post of the new year.
- A:A:
Top

Completely revised the intro post. Check it out.
Top

Hi all. How you been?
Top

Decided to go with a much shorter simpler intro post so as not to steal anyone's thunder in this thread nor confuse new comers trying to get their bearings here.

I'm working on a concept now for a game contest to encourage everyone to submit a finished game. I'm drawing inspiration primarily from those various game programming challenges out there such as:

24 Hour RPG (and at 24hourrpg.com) where contestants race against the clock to develop a full, working, playable role-playing game within a mere 24 hours

I figure if they can do what they do in that short amount of time (which is some pretty amazing stuff I might add), surely us ACK designers could come up with something over a weekend or even 24 hours.
Top Now all we need is a futurama step macro

Here's a real robot that will knock your socks off:

Holy shit! That's some serious AI. To make all those decision changes on the fly. Course or path-finding corrections including it's own position or angle to stay lined up with an object. The coordination to maneuver unpredictable terrain and adjust to keep from losing balance, and even the ability to pick itself back up from a fall. Imagine such AI being applied to language parsing and conversation decision trees! Perhaps it could navigate messy or complex conversations the same way it does random terrain and unexpected interruptions of it's programmed tasks.
Which of you is interested in my fine wares?
Top

Garth's Equipment Shop wrote:...Imagine such AI being applied to language parsing and conversation decision trees! Perhaps it could navigate messy or complex conversations the same way it does random terrain and unexpected interruptions of it's programmed tasks.

Garth's Equipment Shop wrote:...Imagine such AI being applied to language parsing and conversation decision trees! Perhaps it could navigate messy or complex conversations the same way it does random terrain and unexpected interruptions of it's programmed tasks.

This Robot Says She Wants To Destroy All Humans
http://video.cnbc.com/gallery/?video=3000502094

So in other words, human-hating AI is not such an unlikely scenario after all...
~Ishtenos
@Roaming Cactus
Top

Someone needs to come up with a Futurama ACK game!
- A:A:
Top

Seems Ultima got it right. Too Legit To Quit 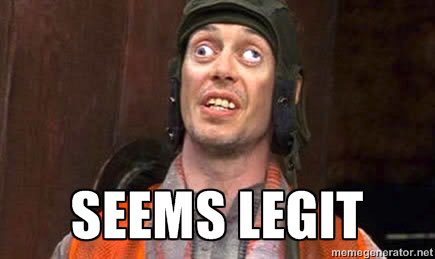