Reverting to the pre-silicon era

Reverting to the pre-silicon era

On Auto Body 101, in the President Biden Complaint Form it was suggested we revive the vacuum tube industry. The posters did not say why, but I have to believe it is the fear of destruction of civilization through the detonation of an electromagnetic pulse (EMP) weapon. Presumably vacuum tubes are not succeptable to EMP damage, and so we need to have a vacuum tube manufacturing industry. I'm going to explain why I think this is not possible, and probably not necessary.

First, we need to decide what is critical infrastructure. At the base, it's the production of food. But most people do not have the means to grow food in their apartments in even the quantities needed just to provide even minimal survival levels. So we also need distribution of food. And since most people depend on water from a water provider (a government agency or a water company) we also need distribution of water. And water has to be pumped, if for no other reason than to get it into water towers where gravity supplies pressure. Food has to be transported in by truck and/or train; there aren't enough animals to pull carts sufficient to provide transport to supply enough food to feed 350 million people. That means we also need to supply energy to the transport industries that move the food or pump the water. And support the means to extract and process the raw materials to create the energy, whether it's coal, oil, or gas to run power plants, the energy to run the coal mines, oil and gas fields, and refineries. Then comes the steel mills, copper mills, cement plants and concrete companies to make the iron, steel and concrete needed to build electric plants, pipelines, electric wire, and even windmills and hydroelectric plants.

But even beyond this, we still need to distribute food to the mass population. The average supermarket is resupplied every day, (different suppliers on different days) and under typical conditions your local supermarket has enough food to handle normal demand for three days. The average city is one week from being in a state of hunger (if not constantly resupplied with food) and looting, two weeks from starvation and riots, and one to two months from anarchy and cannibalism.

Let's see why even having enough transport trucks or trains that use EMP-resistant technology is going to be challenging. Most transport today is, in simple terms, a computer on wheels. Or rather, a lot of computers.

Cars today don't use relays and wires, they use microprocessors that send signals along a single wire as a bus system; each device sends messages to the address of another specific device. When the engine is overheating, it doesn't have a temperature sensor that when it gets too hot it expands, pushing a switch to start the fan the way it did in cars made back before the late '90s, now it sends a message with the address of the controller unit telling it its current temperature many times a second, when the controller determines it's over the acceptable range, it then sends a message along the same wire with the address of the fan, telling it to start. When the engine's temperature is reduced to acceptable levels, it sends a message to the fan to stop.

Extrapolate this behavior to perhaps 50 different systems on the typical automobile then extrapolate similar functionality to hundreds of thousands of devices in critical infrastructure, and the task isn't soluble by using, say, pre-1980 technology, there's just too much equipment just in critical infrastructure dependent on technology to "rollback" things to the pre-silicon era.

In similar fashion, diesel, electric, or natural gas trucks and truck tractors have electronic (microprocessor controlled) circuits to do the equivalent actions. As do locomotives, as well as farm equipment, such as tractors, harvesters, irrigation equipment, and other things necessary to do highly mechanized farming that allows less than 2% of the population to feed themselves and the other 98%, plus export massive amounts of food.

My guess that if you converted every closed-down steel plant and other defunct manufacturers to make vacuum tubes, then converted the engine, steel, and process control manufacturers to replace the critical engines, control consoles, farm equipment, pumping stations and other critical infrastructure to pre-silicon technology, say 1970s level, the cost would be bankrupting, or it would double the current $16 trillion deficit, and wouldn't buy us a damn thing except degrade everything to capability of 50 years ago.

Further, converting to vacuum tube technology is backward looking. Consider this: microwave radiation is hazardous to human beings. More than 30 years ago I was discussing execution technology with a guy who suggested as an alternative to the gas chamber, that we just use microwave immolation: stick the condemned's head in a large microwave oven with the interlock removed, and it would work too, and not even hurt as the brain itself has no pain nerves.

But why is it that we can have microwave ovens in our homes and not be killed by them? Because of the metal screening on the door and inside the walls of the microwave oven. The name for this device is a Faraday cage, and it's the same thing that you'd use to protect against EMP radiation. The US Government even has a name for electronics warranted by the manufacturer to be protected by a Faraday cage to protect against EMP attack: Tempest Certification.

So if there is concern about critical infrastructure being damaged or destroyed by EMP attacks, just put the device (or turn the building) into a Faraday cage meeting Tempest requirements.
Last edited by Tdarcos on Mon Apr 19, 2021 4:47 am, edited 1 time in total.
"You're motorin', what's your price for flight, when finding Mr. Right?"
- Night Ranger, Sister Christian
Top

You're thinking putting stuff in a Tempest cage will help it... AVOID SPIKES?!?!!

In the yard, not too far from the car.
Top

That post was a bit of an inside joke that I figured my boy Jizaboz would get since he's a guitarist and he did. I'm glad to see my boy CO got it as well, but some background information would probably be helpful here if we're going to have a serious discussion about vacuum tubes. There's basically two salient points we should focus on. First, vacuum tubes aren't completely obsolete...they're niche at this point, but a number of companies still make them and there's still demand for them. It's not just neckbeards with vintage electronics projects who want them, either. Musicians will do anything to achieve the perfect sound, and tube amps and preamps are widely considered to offer a warmer, superior sound compared to their solid state brethren. Even if you're not sold on the idea of tube amps being objectively better (there are endless discussions on this topic), you might want tube gear to achieve a particular authentic, vintage sound. If you ever look at a Sweetwater catalog, you'll find pages and pages of equipment that will allegedly let you duplicate the sound of the Beatles, the Stones, and any number of other classic artists. Authenticity can be a big selling point in music...you can even still buy a new lute, lyre, or viola da gamba if you are so inclined.

The other salient point I wanted to mention is that Russia remains a big producer of vacuum tubes, and many tube amps use Russian tubes. This situation is probably due to there being some old factories built by the Soviets that just never shut down. Vacuum tubes are one of the few Russian imports that came to my mind as an American. We don't really need Russian oil, timber, or uranium...we can produce those domestically or buy them from any number of other foreign sources. However, losing the tubes would sting a bit, though there are Chinese and allegedly a few other producers as well. Ideally, I'd like to see tubes made in America again even if is just to fill a limited niche. They were an important part of our manufacturing history and are a cool enough product that they shouldn't be produced only by authoritarian dictatorships in my opinion. Failing a US vacuum tube revival, I think I'm going to look for Slovak tubes in the future. In the interest of full disclosure, I should say I'm more of a theoretical vacuum tube customer than a real one at this point.

Paul, great write-up on the vacuum tube EMP angle! I would completely agree with you that reverting to solely using vacuum tube technology just to protect against EMP attacks would be foolish and financially ruinous. However, I can see value in trying to take advantage of the best offered by the technologies of both today and the past. Could using vacuum tubes in certain applications be a prudent means of preparing for a potential EMP attack or natural EMP disaster? I think it could and think the military already does to a limited extent. We don't need to use vacuum tubes in everything to take advantage of tube resistance to EMPs. Faraday cages offer another promising means of hardening against an EMP attack, but we're not going to enclose all our electronics inside Faraday cages any time soon either.
Top

We had plans for an EMP proof chip but this guy stole them. 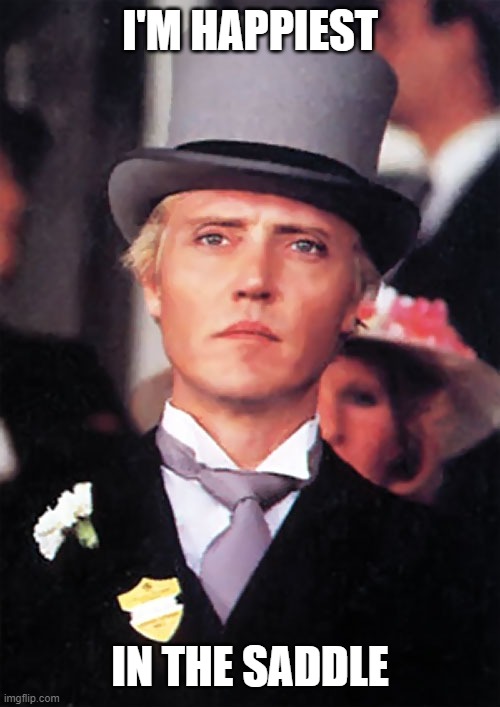