Games in our arcades we are playing

Games in our arcades we are playing

There is a thread called "Which of your games did you play today?" on KLOV but it it is awful.

A few of us own eh.. "cades" *grimace* as Pinback calls them. We talk a lot about getting them, fixing them, etc but not so much about playing them. I would like to start a thread to do so.

Today, I returned to my progress in World Heroes 2 Jet and Top Players Golf for Neo Geo via loading from the memory card slot.

WH2J really makes you think you are near the end multiple times which is kind of discouraging. Cool cut-scenes are mostly at fault. I am trying to beat the game for the first time as Captain Kidd.

And in Top Players Golf I finally reached hole 7 without totally messing up. Hole 5 in the first course is a pain in the ass so I just accepted par after failing 3 times and moved on. Currently at 1 under par for the course.
Top

I don't know why I did not see this. I missed some threads on this BBS! I will answer this question going forward.
the dark and gritty...Ice Cream Jonsey!
Top

CADES!
In the yard, not too far from the car.
Top

The only arcade games I can think of I would play intentionally now, other than to make sure they were working, are Asteroids(/Deluxe), Robotron, Defender(/Stargate), Galaga, and Pac-Man/Ms./Jr.

I don't own any of them, but if I did, that would be my answer. All other CADES are terrible compared to those. Change my mind.
In the yard, not too far from the car.
Top

Terrible? Nah. You would probably like Bosonian for example, as it basically a prelude to Galaga.

Need to get my monitor width reduced in my DD cabinet so I can play Robotron via the ArPiCade again soon. Had to play that game when you can't see the edges!
Top

pinback wrote: ↑Wed Jul 21, 2021 2:41 pm The only arcade games I can think of I would play intentionally now, other than to make sure they were working, are Asteroids(/Deluxe), Robotron, Defender(/Stargate), Galaga, and Pac-Man/Ms./Jr.

I don't own any of them, but if I did, that would be my answer. All other CADES are terrible compared to those. Change my mind.

Donkey Kong is a good challenge. But lemme go down my list because you're right, I don't have all my games for the gameplay. I'll go mentally around the ones I've got.

X-Men: Well, at the moment the monitor is blown so it's not a good example. But this is in my garage until December 1st 2022 and only then because it is fun for people that do not have access to thousands of games to play beat 'em ups. So for this Pinback is RIGHT.

Food Fight: Now that I have fixed the joystick, it's actually really fun but it's a novelty. It's a game that is unique (or is it? Did they make another one like this?) where the joystick will let you direct thrown food if you move it a little. And it has the best side art ever. Gameplay is fine and it only works as an arcade game, but I'll give him it. Pinback 2-0.

Robotron and Asteroids were mentioned - they have gameplay that still holds up.

Q*bert: Oh man. I dunno. Pinback may be right. I have this game because the diagonal joystick makes it unique and when I was 12 I was obsessed with Q*bert.

Defender: As noted, the gameplay still holds up.

Polybius: Not here for the gameplay. PINBACK 3-0.

Mr. Do!: Mine is broken BUT it is in my arcade at the moment for the gameplay. Its gameplay is just as good as Defender and Asteroids and so forth. Pinback 3-1. The cabs and controls and such are nothing special.

Wizard of Wor: A novelty that I have because it is a nice cab for two players at once. Pinback 4-1.

Elevator Action: I own this because I was into it as a kid. Pinback 5-2.

The JAMMA cab with an ArPiCade is there because it's an interesting tech demo. Pinback 6-2.

Mappy: It's there because it has that giant marquee and I like that fat fuck Mappy the security guard. Gameplay is fine but nothing special. I wouldn't marathon it. Pinback 7-2.

Tempest: If Tempest wasn't a color vector, I admit I would not own it. And I love Tempest. 8-2.

Ms. Pac-Man - as noted. There for gameplay.

Missile Command: I'd be willing to argue that the gameplay of Missile Command is rich enough that it qualifies as one played just for gameplay purposes in 2021. 10-3.

So I think that Zoo Keeper (ONLY because of the jumping for points mechanic) and Mr. Do! are genuinely good gameplay games, and my Mr. Do! doesn't fully work. I guess Q*bert is debatable. Pinback's larger point I agree with. Most of the arcade games I have are there for when people come over and to make me mad when they don't work when I start them.
the dark and gritty...Ice Cream Jonsey!
Top

I run through my Mame favorites list when I'm waiting for another computer to finish doing something. There's maybe twenty titles but the five or six that always get a play are...

Time Pilot. Im always trying to maximize my score by catching as many parachute guys as possible

Satan's Hollow. I used to think it was just a quarter grabber but it actually has a decent gameplay

Galaga. If I dont get perfect on the first challenge stage I turn it off.

Joust. It's usually about killing the pteradactyls just to see if I can

Elevator Action. I like hiding until the game goes hyper bananas.

I will address ICJ's three challenges to my statement.


Ice Cream Jonsey wrote: ↑Wed Jul 21, 2021 4:12 pm Mr. Do!: Mine is broken BUT it is in my arcade at the moment for the gameplay. Its gameplay is just as good as Defender and Asteroids and so forth. Pinback 3-1. The cabs and controls and such are nothing special.

I will admit that the MAME CLUB increased my opinion of this game. It has a lot more going for it than I thought. I still don't think I'd ever put it in rotation, but I will accept that it's a reasonable choice.

I had never really played it much until I hung out at ICJ's place. It was fun, and though jumping over ten billion animals at once is satisfying, it felt like, sure, you get through the easy levels, and then you either score a zillion points or your game is over. I'll admit I could have that wrong, or have misstated it, but that's my feeling. But I like that you like it.


Missile Command: I'd be willing to argue that the gameplay of Missile Command is rich enough that it qualifies as one played just for gameplay purposes in 2021. 10-3.

Challenge: APPROVED. I forgot about this one. It'd be toward the bottom of my list, but it should be on there.

And then a reverse challenge:

Denial: DENIED. I would play this about the same amount I would play Missile Command, but I'd play it.
In the yard, not too far from the car.
Top

Satan's Hollow is a lot of fun. I play it a lot at my friend's house with the basement arcade! Cool cabinet and I like the background graphics as well as gameplay.

For some reason I never got into Mappy but my gf (she's better at it than I am) and I both really love Crystal Castles. I have even been playing the dinky Atari 2600 version lately now that my joysticks are fixed. I like the isometric graphics and gameplay. I have been keeping an eye out for one for a while.
Top

Been playing some Klax! It was the 1990s Atari answer to Tetris, and I do enjoy the game. I had this PCB in my stash for a while. It still works great aside from the volume being a bit soft. I'll probably replace caps, etc on it eventually but for now just happy to play it like plucking an old game cartridge off a shelf.

I like this game more than Tetris for a few reasons:

1. I already mastered the Gameboy / NES versions and won of some of my buddy's dad's Playboy magazines due to a bad bet on his end doing so as a kid.
2. Klax has no music. Instead, just cool sounds and voices. I love some video game music and all, but that Tetris/Columns/Dr. Mario music can get awfully annoying eventually.
3. Klax progression is FAST. Whenever I play Tetris (Or Columns!) from the beginning, even the arcade version, I get bored in the first few levels which can lead to messing up bad soon after. Klax just punishes you early on.

My other reasoning for hooking this up is to finally work on this monitor in the Taito DD cabinet to shrink the width. This game provides a much better test due to the bars and all than my other JAMMA boards. Getting late/early now so gonna play a couple of more rounds while tweaking the monitor a tad more.
Top 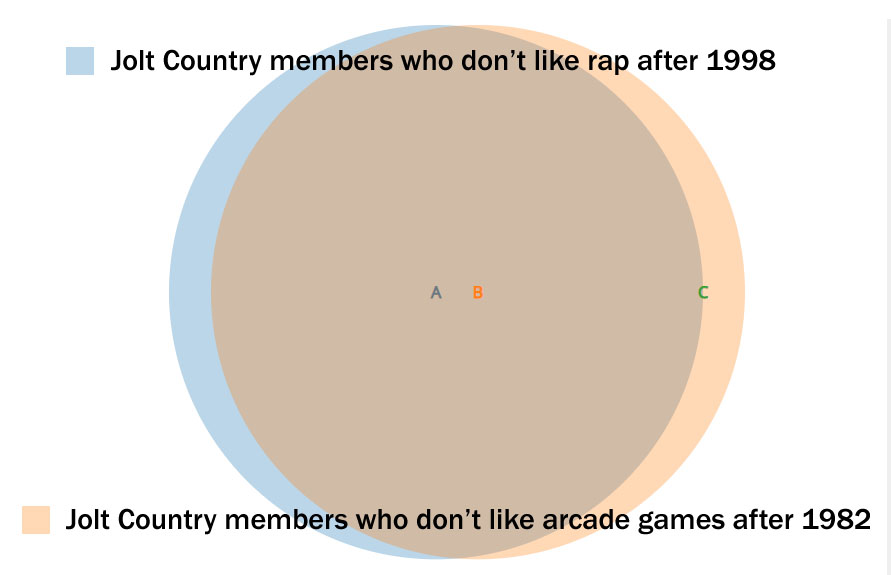 Last night my younger nephew and I pretty much played everything in the arcade. Missile Command, Warlords (Melissa joined us for a three-player game), Food Fight, Mappy, the Cookie Monster version of Pac-Man, Tron pinball and Mellow Yellow Q*bert were definitely played though!

Time for some pictures.
the dark and gritty...Ice Cream Jonsey!
Top
Post Reply
13 posts • Page 1 of 1