So here is how I got this one.

CL ad was up for a while and nobody bit. Price went down a hundred bucks every so often.

I finally write friend of the BBS Evil Exidy about it (his phone number was on the ad) via WhatsApp about it. WhatsApp said it sent it and that he was online for a day but he did not reply.

So I texted him and Exidy stated that I could have it (for even less money than he had listed it for at its lowest) as a Russian guy came to his house with no money asking if he could 1. Take the game and pay him on August 15th or if Exidy would just hold the game for him out of the kindness of his heart. I personally don't even ask about a game unless I have the funds ready to go. I rented a Uhaul 8' truck Thursday evening and went and got it. Pics coming soon. 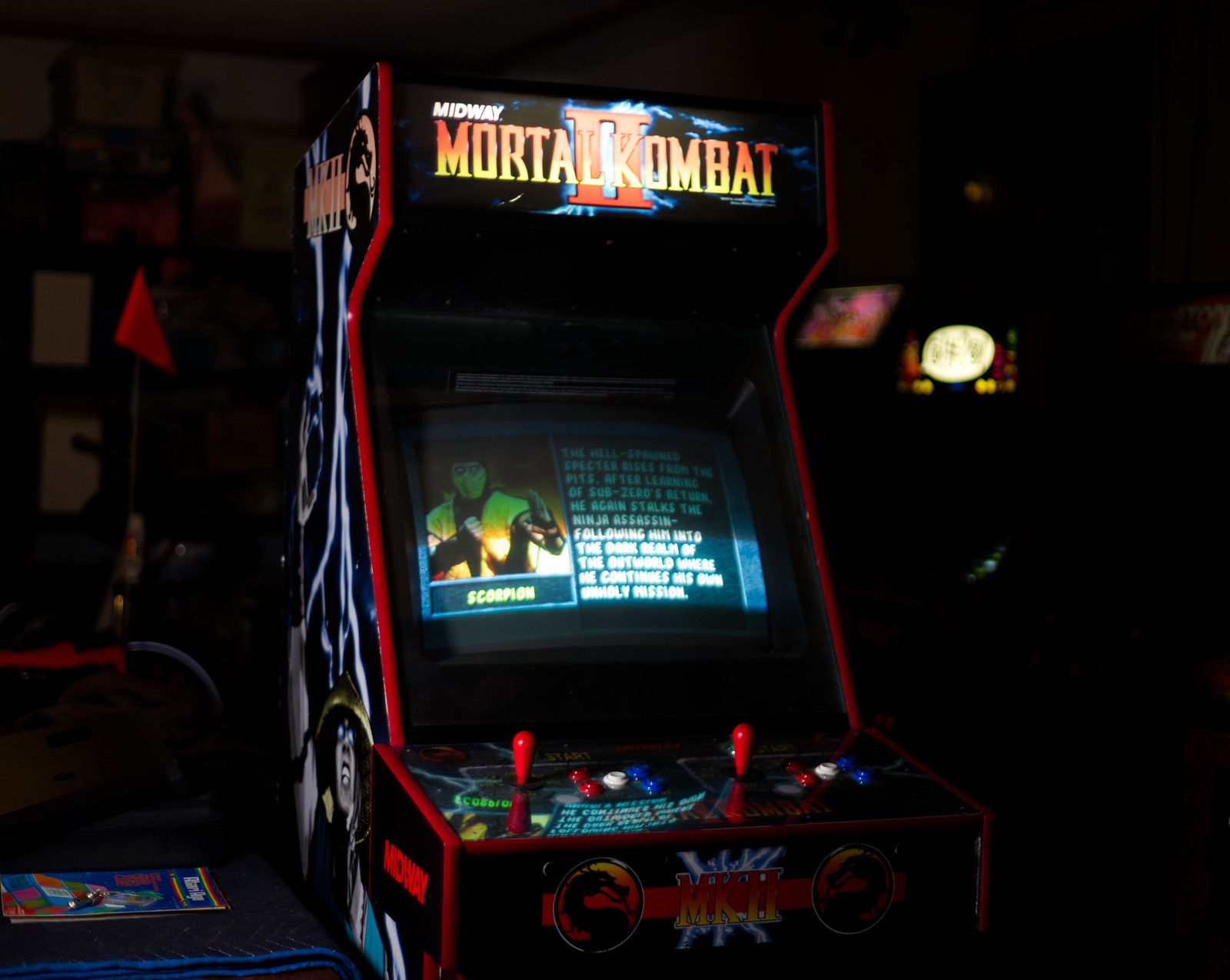 I have been putting my phone on the control panel with the special moves for some characters, like Kung Lao. It is fun to try them out.
the dark and gritty...Ice Cream Jonsey!
Top

I’ve always thought MK machines are cool as hell. The only reason I never was interested in one or a Street Fighter 2 is because I played the shit out of those games back in the day. Still remember a lot of fatalities and combos!

It’s like that Led Zepplin song you’ve heard 1000 times. It’s a wonderful song but now you’ve experienced it so many times.

Are you liking it so far? No monitor nuances or anything?
Top

ah! I didn't really get that experience. I was in college by 1992 and I don't recall seeing a single arcade in Syracuse. So all the 90s games were ones I didn't play much. I played a fair amount of the PC versions of the arcade games that came out at that time, but it's not the same thing. Using a gamepad for these games is not the same thing, it is just not as easy to go "back, forward, low punch" on those as it is on the real cabinet I am learning. I have successfully done more secret moves in 3 days than on any of the home systems combined.

Monitor looks good. There is a weird lock on the back door though, I'll try to post a picture.
the dark and gritty...Ice Cream Jonsey!
Top
Post Reply
4 posts • Page 1 of 1